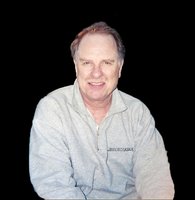 Donald Clifton Bailey, age 69 of Washougal, Washington, passed away on January 29, 2015. Born on October 6, 1945 to his parents George and Dorothy Bailey, Donald was a lifetime resident of the Camas/Washougal area. He graduated from Camas High School in 1963, and worked for Georgia Pacific Paper Mill. Donald was a member of the Church of Jesus Christ of Latter-day Saints, Parker’s Landing ward. He enjoyed the great-outdoors and the beauty of the Pacific North West, including hunting with his sons and birdwatching, he also enjoyed yard work and gardening (but he always preferred the foliage and greenery more than the flowers!). Don loved his family. Donald leaves behind his wife of 11 years, Ruth Bailey at home in Washougal, children: Michael D. (Wife Lyuba) Bailey of Camas, James R. Bailey of Vancouver, Shana (Husband Jeff) Harper of Washougal, Stephanie (Husband Mike) Beebe of Vancouver, and Bennie Maes of Georgetown, California, 10 grandchildren, his brother Robert Bailey of Longview and his sister Jan Whitehead of Vancouver. He was preceded in death by his parents, his first wife Linda in 1980 and his son John W. Bailey in 1998. A service honoring Donald’s life will take place on Wednesday, February 4 at the Church of Jesus Christ of Latter-day Saints in Washougal. Viewing will begin at 10 AM in the relief society room, the service will begin at 11 AM and burial will follow at Washougal Cemetery. Arrangements are under the care of Brown’s Funeral Home.