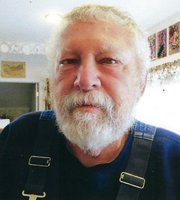 Lewis Berent Cole, Jr, 79 years, passed away on Saturday, October 3, 2020 at home. He was a longtime resident of Washougal, Washington. Lewis was born on November 9, 1940 to his parents, Lewis B. and Jeanette (Williams) Cole, Sr. in Doniphan, Nebraska. He served his country in the United States Navy. He worked in the Paper Mill Industry for James River ( formally Crown Zellerbach) as a Shift Supervisor and retired from there. He was a former member of A.W.P.P.W Local #5. He belonged to the Slow Poks Car Club, enjoyed building hot rods, hunting and fishing. He also enjoyed spending time with his family. Lewis is survived by his wife, Carol at home; sons, Tony Cole of Washougal, Washington; daughters, Debbie (Ben ) McClellan of Marysville, Washington, Bonnie Cole of Washougal, Washington; brother, Larry Cole of Washougal, Washington; sister, Teresa Harter of The Dalles, Oregon; granddaughter, Heidi Trifonov; numerous nieces and nephews. Lewis is preceded in death by his parents. Per the family no service will be scheduled. Arrangements have been entrusted to Brown's Funeral Home in Camas, Washington. To send condolences to the family, please visit Lewis's guest book at www.brownsfh@yahoo.com