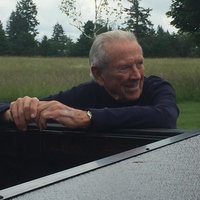 Robert McDannell Brown, MD. 89, passed away on Tuesday, October 6, 2020 in Vancouver, Washington. He was a resident of Washougal, Washington. Robert was born on December 15, 1930 to his parents, McDannell F. and Gretchen Brown in Portland, Oregon. He graduated from Lincoln High School in Portland, Oregon in 1948. He continued his studies and graduated from the University of Washington in 1954 and received his M.D. from Oregon Medical School (now OHSU) in 1959. He was a Physician over 40 years at North Side Medical Clinic in Portland, Oregon. He served in the U.S. Air Force and received an honorable discharge in 1962. He loved farming, animals, carving animals and being a pilot. Robert is survived by his wife, Heather at home; sons, McDannell (Jennifer) Brown of Portland, Oregon, Justin (Alissa) Carlson-Brown of Washougal, Washington; daughter, Dannell Davis of Astoria, Oregon and 4 grandchildren. Robert was preceded in death by his parents; sister, Linda Brown Church. Arrangements have been entrusted to Brown's Funeral Home in Camas, Washington. To send condolences to the family, please visit Robert's guest book at www.brownsfh@yahoo.com