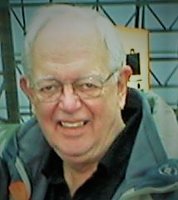 Douglas Gary Combs, 79, passed away on Tuesday, December 22, 2020 in Vancouver, Washington. He was a resident of Vancouver, Washington for 33 years. Douglas was born on November 15, 1941 in Camas, Washington to his parents, Avery and Yvonne (Hermann) Combs. He earned his Bachelor of Art degree at the University of Oregon and his Jurisprudence Degree at the University of Oregon. He worked as an Attorney in the Jurisprudence Industry for over 50 years. He was an avid writer on Military History. Douglas is survived by his sons, Joseph (Gerhad) Combs of Paris, France, Travis (Fatima) Combs of Gresham, Oregon; daughter, Kristin (Jeff) Ledwith of Spokane, Washington; 8 grandchildren, 5 great-grandchildren. Douglas was preceded in death by his parents, brother, Bruce Combs. Per the family no service will be scheduled at this time. Arrangements have been entrusted to Brown's Funeral Home in Camas, Washington. To send condolences to the family, please visit Douglas's guest book at www.brownsfh.com