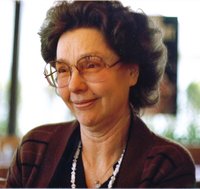 Roberta Maxine Heim, 93 years, passed away on Sunday, March 14, 2021 in Vancouver, Washington. She was a Camas-Washougal resident the past 92 years. Roberta was born on November 23, 1927 in Oregon City, Oregon to her parents, William and Violet M. (Davis) Stevens. She was a homemaker in her own home. She graduated from Camas High School in 1944. Roberta enjoyed water colors, flowers and she was a writer of early childhood stories. On September 6, 1944, Roberta married John Stephen Corley. They raised their three children and lived in the Mill Plain area their entire married life of 46 years. After Steve’s passing in 1990, Roberta met and married Wendell D. Heim in 1998. They enjoyed many years together and a focal point of their life was their weekly 55+ Fellowship Group. Roberta is survived by her daughters, Linda Jarvis of Camas, Washington, Virginia Schroeder of La Crescenta, California; son, Daniel Corley of Camas, Washington; sisters, Ivena Campbell of Battle Ground, Washington, Wilma Lambert of Sequim, Washington, Velma Wysong of Camas, Washington; brother, Roy Stephens of Camas, Washington; 6 grandchildren and 6 great-grandchildren. Roberta was preceded in death by her parents; sister, Shirley Troxel. A Graveside Service will be held on Friday, March 26, 2021 at 11 am at Fishers Cemetery in Vancouver, Washington. Arrangements have been entrusted to Brown's Funeral Home in Camas, Washington. To send condolences to the family, please visit Roberta's guest book at www.brownsfh.com