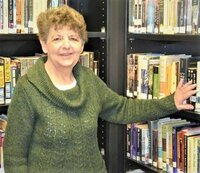 Frances Ida McCarty was born on September 10, 1943 in Los Angeles, California and passed peacefully on January 1, 2022 in Vancouver, Washington. Gene and Frances were married on June 16, 1962 and enjoyed almost 60 years of marriage. She is survived by her sister, Dorothy, husband, Gene, four children, seven grandchildren, and four great-grandchildren. She was an integral part of the family and community. Fran enjoyed an almost 30-year career at McDonalds before retiring to enjoy her garden. However, she realized very early into her retirement that it was not for her. She then became involved in many different volunteer programs including Fort Vancouver and assisting with plays and musicals in the drama department at Washougal High School. Her love of the students at the high school led her to work there for many years as a library aid and mentor to students and friend to the faculty. In her spare time, she was a master gardener. Her love of the mountain and the land that they lived on showed in the care she took in her gardens and was a reflection of the beauty she showed in everything she did. She will be missed by everyone who knew her.