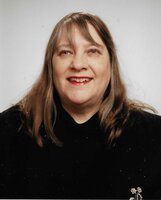 Diane M. Feldt was a mother to everyone. Born April 20th 1947, she died suddenly December 31st 2021. She left behind daughter Tahani (William) Lippl, grandson Joey Lippl, granddaughter Annabelle Lippl, sister Carol (Gary) Davis, brother Randy (Tami) Feldt, sister Lorie (Mike) Koch, and mother Louann (Paul) Hanson. She was godmother to Sara (Steve) Bishop, and Tracy (Brian) Johnston. She was preceded in death by her sister Linda Feldt, husband Darrell Lehman, brother Jack Feldt, father Kenny Feldt, brother-in-law Gary Davis, and stepfather Paul Hanson. Diane grew up on a dairy farm in Juda Wisconsin. She was the first in her family to attend college earning a bachelor’s degree in English. She was the first woman editor of her college newspaper at the University of Wisconsin-Platteville. After college, she started on a career of helping at risk youth through the AmeriCorps VISTA program, taking her to New Jersey and Alaska. She followed her husband to the Pacific Northwest where she worked as the director of North Portland Community and Family Center for close to thirty years. She dedicated her entire life to helping children from behind the scenes, never wanting or seeking any kind of recognition. She touched many lives in her quiet crusade to save children in poverty. She had only one biological child yet she was a mother to so many.