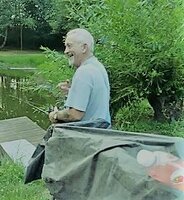 Bruce Robert Ritter, 80, passed away on October 27,2022 in Washougal, Washington. He was a 54 year resident of Washougal, Washington. Bruce was born on March 24, 1942 to his parents, Woodrow W. Ritter and Bergny C. Gronfur in Williston, North Dakota. He served his country in the United States Navy. He worked and retired in the Grocery Industry as a Produce Manager for Safeway. He was a member and attended the Lutheran Church. He loved animals, fishing but moved of all he loved spending time with his family. Bruce is survived by his son, Dean (Jean) Ritter of Williston, North Dakota; sister, Rita Steen of Mesa, Arizona; brother, Michael Ritter of Longview, Washington; 1 great grandson; several cousins, nieces and nephews. Bruce was preceded in death by his parents; wife, Carol; sons, Dennis Ritter, Warren Ritter, Bruce Ritter, Jr. A Graveside Service is scheduled for Friday, November 4, 2022 at 11 am at Washougal Memorial Cemetery. Arrangements have been entrusted to Brown's Funeral Home in Camas, Washington. To send condolences to the family, please visit Bruce's guest book at www.brownsfh.com