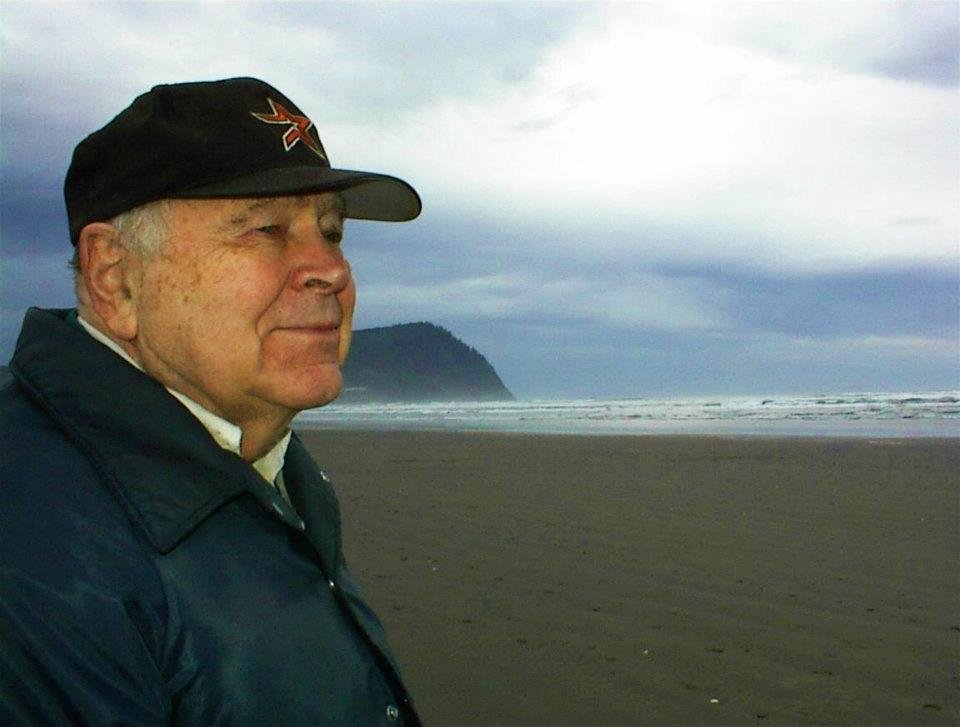 On September 12, 2019, Lowell Duane Hart, of Washougal, Washington, went to be with his Savior after a short struggle with cancer.  He was 91 years old.

Lowell was born on October 9, 1927, in Vancouver, Washington, in the back of his parents’ grocery store where they lived.  From early on, music was a central theme in his life.  He took up the French Horn at age 10; studied music in university; conducted bands, orchestras and choirs; played in several community orchestras; and was an associate conductor of the Vancouver Symphony.

After high school, Lowell attended Clark College in Vancouver, Washington, after which he spent two years in the army playing in the army band.  Later he earned a BA in music from the University of Washington in Seattle, followed by an MA in Religious Education from Western Baptist Seminary in Portland, Oregon.

After teaching music in Washington for many years, he and his family of seven moved to Alberta, Canada, where he taught music at Prairie Bible Institute.  One of the highlights of his career was winning a national competition for best choir in Canada in 1975--and he hadn’t even known that it was a competition!

In 1984 Lowell and Elizabeth moved to Washougal, Washington, where he was self employed as a piano technician for 24 years.  After retirement he continued to enjoy hiking in the Columbia River Gorge with Elizabeth, spending time with family, and staying in touch with many of his former students via social media and in-person visits.

Lowell is remembered by his family, not only as the best father but also as a best friend. His greatest joy was found in being with his family.  His love and genuine interest in people, his calm and joyful spirit, and his unquenchable optimism brought cheer, encouragement and hope to all, and some great big belly laughter!

Lowell always wanted to enjoy hearing all the memories people would share at his funeral, so for his 89th birthday his daughters gave him a surprise “living memorial” party.  What a guy!   Many of the ninety guests from around the country shared their tributes with endearing words and beautiful music.

Lowell is preceded in death by his parents, Elmer and Edith Hart, and his wife, Elizabeth.  He is survived by his older sister, Dorothy Hoff of Everett, WA; two nephews, a niece, and their children; his five children--Laurie Hart of Washougal, WA, Robyn (David) Smith of Akron, OH, Meryl Hart of Coulee City, WA, Brian (Candida) Hart of Washougal, WA, and Deanna Hart of Sunrise Beach, Alberta, Canada; 11 grandchildren and six great grandchildren.

Following a military honors service on September 18, 2019, Lowell was laid to rest beside his wife in Willamette National Cemetery in Portland, Oregon. The grave site is marked with the title of a triumphant song which his choir sang together so many years ago--”O Day Full of Grace”!

To send flowers to the family of Lowell Hart, please visit Tribute Store
Share Your Memory of
Lowell
Upload Your Memory View All Memories
Be the first to upload a memory!
Share A Memory
Send Flowers