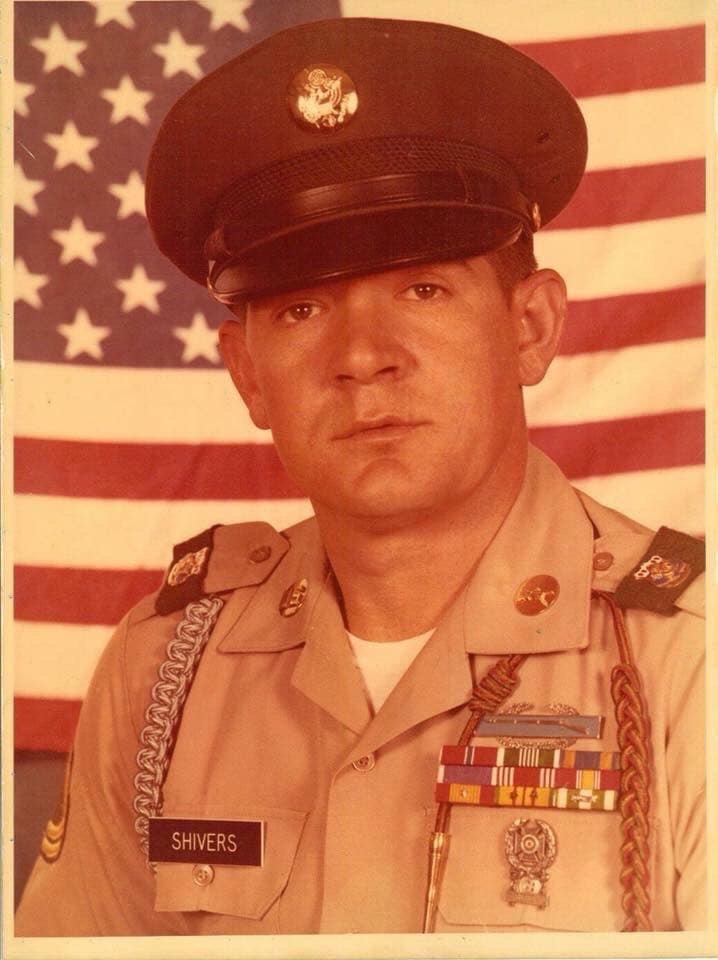 Herbert Allen Shivers (1SG/USA/Ret), loving husband, father, and grandfather, went to be with his Lord and Savior Jesus Christ after a long battle with congestive heart failure on October 9, 2019, in Camas, Washington.

Herbert ‘Shakey’ was the only son of three children born to Edward and Margie (Bouler) Shivers, and he arrived on March 13, 1947, in Shaw, Mississippi. Herbert entered the US Army in 1964 and was subsequently sent to Vietnam where he spent 22 months. He was awarded a Bronze Star and a Purple Heart for wounds received in combat service. He spent 22 years in the service of his country, retiring in 1986.

On August 1, 1970, Herbert married Charlene ‘Chaun’ Stearns in Seattle, Washington. Their children, Douglas Edward Shivers and Melyssa Caron Shivers were both born in Nurnberg, Germany. Herbert and Chaun were married for 49 years and had settled in Camas, Washington in 2015 to be close to daughter, Melyssa’s, family.

Preceded in death by his mother, Margie (Bouler) Shivers, his father, Edward Shivers, and his sister, Nancy Shivers McGraw. Herbert’s family was the most important part of his life.

A ceremony with full military honors will be held at Mt. Tahoma National Cemetery in Kent, Washington, at a later date.