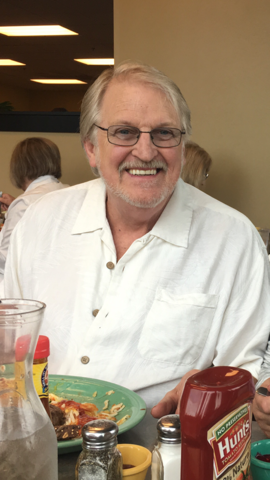 John was born to parents Thomas and Katherine McEiver in St. Paul, Minnesota and was part of a very large family; he had a brother and 7 sisters. John did spend some time taking college courses, but also had a lot of focus in his life on his service in the US Navy.  As well as being a serviceman, he was an excellent salesman. The military and work took his time, but his main focus was caring for his family. John married Diane McEiver and had 4 children of their own – 3 sons and a daughter.

John is survived by his wife Diana, at home in Battle Ground, WA; daughter, Chrystal Barber of Vancouver, WA; Sons Jessie and Patrick of Washougal, WA as well as James from Portland. He also leaves behind a brother, Thomas and his 4 sisters, Mickey, Marge, Barbara, and Terry, as well as numerous nieces and nephews.

John was preceded in death by his parents, son Jerry McEiver, and sisters Betty, Nancy, and Kitty.

To send flowers to the family or plant a tree in memory of John McEiver, please visit Tribute Store
Saturday
2
November