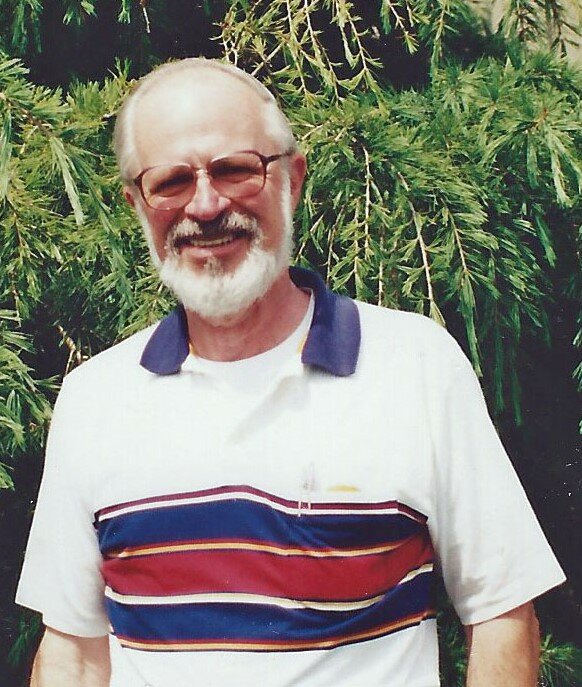 Please share a memory of George to include in a keepsake book for family and friends.
View Tribute Book
George Frederick Dawson, Jr., passed away on Sunday, October 10, 2021 in Vancouver, Washington. He was 91 years old. George was born on May 12, 1930 to his parents, George F. Dawson, Sr. and Ruth G. McLellan in Malden, Massachusetts. He received his Bachelor's Degree from Northeastern University in Massachusetts and his Master's Degree from Santa Clara University in California, going on to spend his working life as an Engineer in the Aerospace Industry. He was a Vancouver resident since 1993. He served his country in the United States Army. He was a member and was very active in the Holly Redeemer Catholic Church in Vancouver, Washington. For many years George enjoyed being a Scout Master. His others loves were being an accomplished oil painter, carpenter and he was an avid gardener. George is survived by daughter, Janet (Patrick) Nelson of Camas, Washington; sons, Daniel A. Dawson of Vancouver, Washington, James F. Dawson of Vancouver, Washington, John E. (Sheri) Dawson of Camas, Washington, William A. (Amy) Dawson of Sunnyvale, California; brother, Richard Dawson of Thailand; sister, Mary Chisolm of Henderson, Nevada; 7 grandchildren. George was preceded in death by his parents; wife, Alberta Nellie Dawson. A Funeral Mass will be held on Tuesday, October 19, 2021 at 11 am at Holy Redeemer Catholic Church in Vancouver, Washington. A Graveside Service will be held on Tuesday, October 19, 2021 at 1 pm at Holy Cross Cemetery in Washougal, Washington. Arrangements have been entrusted to Brown's Funeral Home in Camas, Washington. To send condolences to the family, please visit George's guest book at www.brownsfh.com
To send flowers to the family or plant a tree in memory of George Dawson, Jr., please visit Tribute Store
Tuesday
19
October

Look inside to read what others have shared
Family and friends are coming together online to create a special keepsake. Every memory left on the online obituary will be automatically included in this book.
View Tribute Book
Share Your Memory of
George
Upload Your Memory View All Memories
Be the first to upload a memory!
Share A Memory
Send Flowers
Plant a Tree