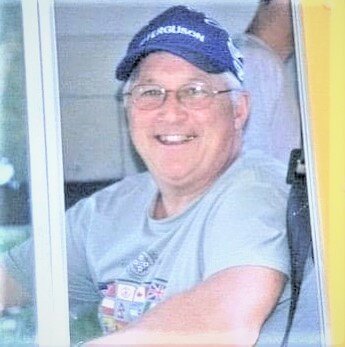 Please share a memory of Roy to include in a keepsake book for family and friends.
View Tribute Book
Roy John Ware was born in Portland, Oregon July 2, 1948. He passed away December 10, 2021. Having lived over 30 years in Camas, his smile and a wave was directed to all who came into his path. To begin, it is impossible to fully describe the kind person he was and the impact he had on his community. Judy was blessed to marry him June 20, 1970 and together they had five children, Eric, Julie, Steve, Craig, and Katie. We suffered together through the loss of our son Craig in 1992. Eleven grandchildren, and six great grandchildren further blessed Roy and Judy. While he worked 30 years at Freightliner Truck Manufacturing plant in Portland, Oregon, he always had time to serve in Harvest Community Youth Group and Young Life. He volunteered as a soccer coach and as a referee. Not known to pursue any particular hobby, his greatest pleasure was getting to know people and blessing them just as they needed. Maybe his clever custom T-shirt messages he wore launched a few conversations, and new acquaintances. After retiring from Freightliner Corporation, he was hired to drive the bus for Camas School District. Of course, this opened up a vast network of students, parents, coworkers, and friends which blessed him as much as he blessed them. The saying, "he never knew a stranger, only a friend he hadn't met yet," is so true of Roy. Beyond the love he had for family and friends, his first love was the Lord. I'm sure he was no stranger who came to the heavenly gates December 10. He was willing to share the love of the Lord with any who would listen. If you didn't hear the Gospel message from him, you certainly would see it in his generous giving and service, many times noticed only by the recipient. While we grieve the loss of this lovable, caring man, we can be assured he is there greeting and welcoming people at the gates of the Heavenly kingdom. A Celebration of Life Service will be held for Roy on Sunday, February 6, 2022 at 1 pm at the Camas High School Auditorium, 26900 SE 15th St, Camas, Washington 98607.
To send flowers to the family or plant a tree in memory of Roy Ware, please visit Tribute Store
Sunday
6
February

Look inside to read what others have shared
Family and friends are coming together online to create a special keepsake. Every memory left on the online obituary will be automatically included in this book.
View Tribute Book
Share Your Memory of
Roy
Upload Your Memory View All Memories
Be the first to upload a memory!
Share A Memory
Send Flowers
Plant a Tree