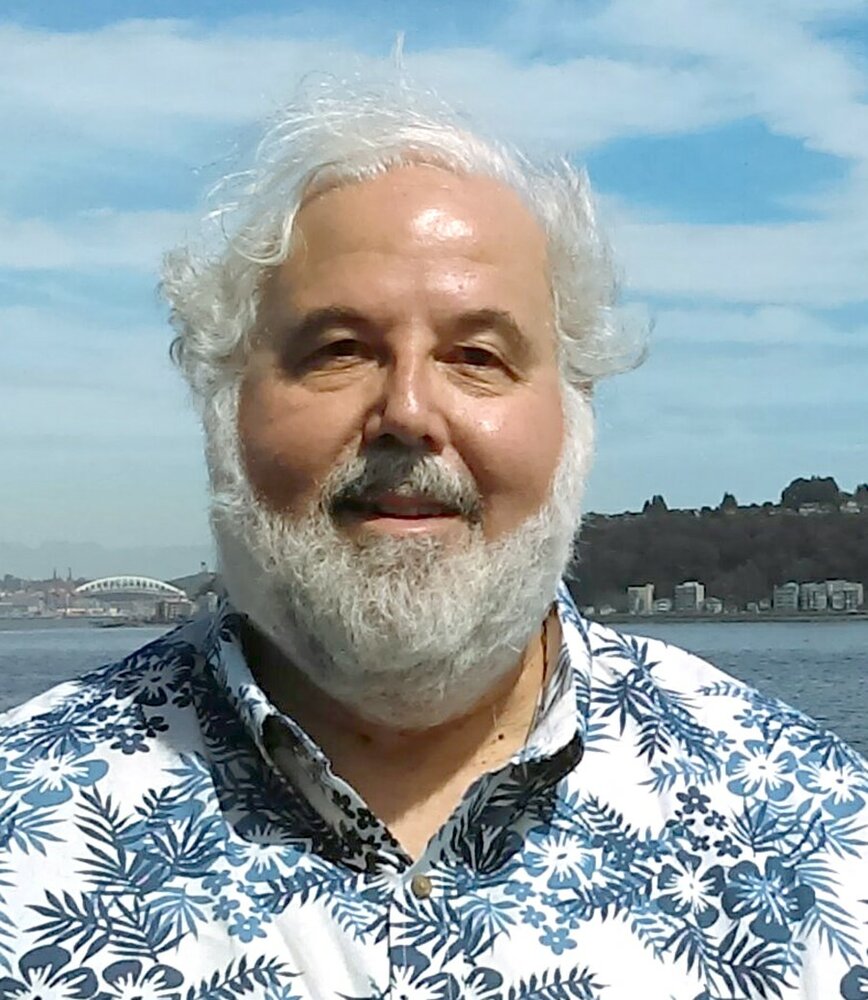 Please share a memory of Eric to include in a keepsake book for family and friends.
View Tribute Book
Eric “Ricky” Steven Wilgus, age 70 went to be with his Lord on the morning of January 21, 2022. Eric bravely fought pancreatic cancer since he was diagnosed in July of 2021. Eric lived in Camas, Washington for the last 18 years where he worked as the owner of his own IT company, Gencom Northwest, until his retirement in April of 2020. His family was actively involved at Grace Foursquare Church where Eric applied himself in a men’s bible study group. He was keenly interested in the Messianic Jewish faith and sought to know Jesus better through the teachings and perspectives of church elders inside and outside his own congregation. Eric was preceded in death by two of his younger siblings: Lynne Wilgus and Tony Wimsatt as well as his mother, Elizabeth Wimsatt, his father William Wilgus and his grandfather, Norvin Kiefer. He is survived by his wife Darlene (Wood) Wilgus after 30 years of marriage. Eric also leaves behind his son Garrett Fuller Wilgus and daughter-in-law Samantha (Neil) Wilgus both of Great Lakes, Chicago, his daughter Chelsea Renee’ Wilgus of Camas, WA as well as granddaughter Reagan Reese Wilgus, age 3, of Camas. His sisters, Kathy Kiefer of Baker City, OR, and Lisa Holder of Hillsboro still reside in Oregon. The passion for all things waterbound, of ocean waves and ships, was a pattern woven into Eric’s life. He grew up near the beaches of southern California, but was no stranger to the cooler coastal winds of the Pacific Northwest, or to exploring the Maui and Kona islands of Hawaii. He skied the slopes of Mt. Hood, hiked the trails of Jasper, and saw the sun set over Jerusalem. Eric led a life captivated by exploration and respect for the world around him. At home Eric embraced the opportunity to be a part-time “green acres” farmer with a real tractor and parcel of Camas land he could shape and transform into a vibrant garden. As a former chemical engineer and technology expert, he was a passionate collector of computers, literature, and historic memorabilia that coincided with his deep affection for science and medicine.
To send flowers to the family or plant a tree in memory of Eric Wilgus, please visit Tribute Store
Saturday
5
February

Look inside to read what others have shared
Family and friends are coming together online to create a special keepsake. Every memory left on the online obituary will be automatically included in this book.
View Tribute Book
Share Your Memory of
Eric
Upload Your Memory View All Memories
Be the first to upload a memory!
Share A Memory
Send Flowers
Plant a Tree