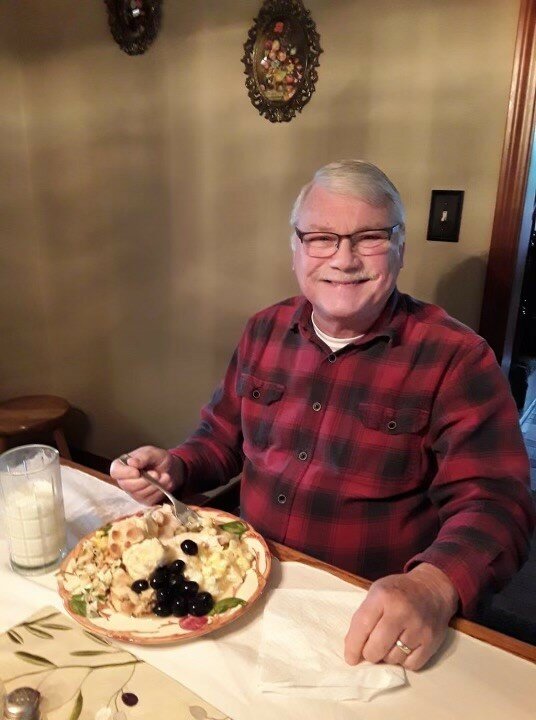 Please share a memory of Paul to include in a keepsake book for family and friends.
View Tribute Book
PAUL W. CURTIS Paul W. Curtis serves as the Chairman of the Board of Directors for Moose International, Inc. He was elected to this office in July 2021 during the 133rd International Moose Convention after having served as Vice Chairman of the Board of Directors (May-July 2021), Supreme Jr. Governor (June 2020 – April 2021), Supreme Prelate (2019-2020) and on the Supreme Council since 2013. Paul served as Jr. Past International President of the Moose Legion in 2012-2013. He had served the Moose Legion as International President in 2011-2012, International Vice President in 2010-2011 and on the International Moose Legion Council since 2005. Prior to this, Paul served on the Government Relations Committee, and as Supreme Outer Guard, Supreme Inner Guard and Supreme Sergeant-At-Arms. Paul joined Camas, WA Lodge 1042 in June 1985. He has served his Lodge as Outer Guard, Sergeant-At-Arms, Prelate, Jr. Governor, Governor, Past Governor and Treasurer. He served the Washington State-Northern Idaho Moose Association as Projects Chairman, coordinating fundraising for the Washington-Northern Idaho Residence at Mooseheart. Later, he chaired his Association’s efforts for the Life Care project at Moosehaven. He also has served his Association as Government Relations Chairman and as Deputy Supreme Governor. He currently serves as Higher Degree Chairman. He received a conferral in 2003 as a Past President of the WSNIMA, and has served as Association Treasurer for six years. Paul also received a conferral in 2009 as a Past President of Western Washington Moose Legion 17. Paul received Association awards for Fellow of the Year in 1994, Pilgrim of the Year in 2007 and Association Hall of Fame in 2008. A member of the 175 Division of the Moose 25 Club, Paul received the Fellowship Degree of Honor in 1991, the Pilgrim Degree of Merit in 1996 and the Moose Legion Elite Ring in 2018. Paul is now retired after serving 37 years as a plant/production manager of an industrial firm and 11 years in retail management for a Kroger subsidiary in the home improvement division. He holds a bachelor’s degree in business from Portland State University. Paul and his wife Bonnie reside in Washougal, Washington. They have four children and seven grandchildren, and a grandson expected in July. Paul’s one year commitment was cut short on April 13, 2022. Paul was installed as Chairman of the Board for Moose International, Inc. in July 2021 for a one year commitment. Their travels took them in order of trips to Alaska, Montana, Connecticut, Massachusetts, South and North Carolina, New Jersey, Maryland, West Virginia, Ohio, Wisconsin, Iowa, Missouri, Oklahoma, Pennsylvania, Illinois, Texas, Georgia, New Mexico, Virginia, Alabama, Mississippi, Florida, New York, Tennessee, Michigan, Indiana then Paul and Bonnie flew into Boston, MA as friends were taking them the next day to New Hampshire and Maine, but the trip wasn’t to be. Paul passed away. Paul had many things that he loved. As far as food goes candy and sweets were at the top of the list. He loved NECCO’s, Dad’s Root Beer Barrels, peanut brittle, Hershey’s chocolates and black licorice. Also, apple pie with ice cream, chicken noodle soup with crackers, chopped ham with Swiss cheese sandwiches using sandwich spread and topped off with a glass of milk. . He absolutely loved an old family favorite called “SLOP”. He bragged that he bought a new 1994 Ford F250 pickup, and it only had a little over 200,000 miles on it even though it gets on a good day 13 miles per gallon. He had all of the James Bond movies and he loved old classic TCM (Turner Classic Movies). He also loved music from the late 50’s to early 60’s. More than anything he loved his family first, and then the Moose. He would send each of the nine little girls in the WSNIMA/Idaho House a birthday card and $20. It truly made a difference in their lives. These children would send back the cutest thank you cards.
To send flowers to the family or plant a tree in memory of Paul Curtis, please visit Tribute Store
Thursday
21
April

Look inside to read what others have shared
Family and friends are coming together online to create a special keepsake. Every memory left on the online obituary will be automatically included in this book.
View Tribute Book
Share Your Memory of
Paul
Upload Your Memory View All Memories
Be the first to upload a memory!
Share A Memory
Send Flowers
Plant a Tree