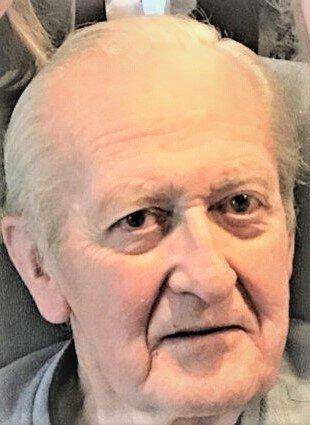 Please share a memory of Robert to include in a keepsake book for family and friends.
View Tribute Book
Robert (Bob) Henry Rink, 89. Born in Sewickley, Pennsylvania on October 10, 1932, died April 20, 2022 in Vancouver, Washington. Bob was preceded in death by his parents, Leslie and Meta Rink, and is survived by his loving wife, Janis Rink, daughters Anna Luehrs and Carol Adkisson, sons-in-law Daniel Luehrs and Daniel Adkisson, and three grandchildren: Dustin and Zac Luehrs and Angela Adkisson. Bob grew up in Pennsylvania and attended college at Iowa State University. He served in the U.S. Army and received the National Defense Service Medal and a Good Conduct Medal. Bob attended Signal School at Ft. Monmouth, N.J., and was a Microwave Radio Repairman in the Signal Corps. He was released from service with an Honorable Discharge and moved to Southern California. He married Janis Rink in 1973, and became a loving father to daughters Anna in 1976 and Carol in 1979. Bob worked as an engineer in the broadcast industry for over 50 years. He worked for several companies, including NBC television. While working for Boeing, he was awarded a United States patent for his invention, entitled "Antenna System for Multiple Orbits on Multiple Areas" in May 2003. He was a life member of the Society of Motion Picture and Television Engineers (SMPTE). In the fall of 2003, Bob and Janis left San Diego, California and retired in Washougal, Washington. Bob loved the outdoors. He enjoyed skiing for decades at Mammoth Mountain in the Sierras, and later on Mt. Hood. He hiked many trails in the Pacific Northwest. He enjoyed watching sports, especially basketball and college football, cheering on the Oregon Ducks and Portland Trailblazers. He also loved to work in the yard. He planted trees and flowers and put together an entire sprinkler system around the house. Bob adored his girls, as well as his dogs, Shayna, Shadow, and Pepper. Bob was an active member of Journey Community Church in Camas. If you would like to make a donation in memory of Bob, he loved the National Parks and was a long-time supporter. Per the family no service will be scheduled. Arrangements have been entrusted to Brown's Funeral Home in Camas, Washington. To send condolences to the family, please visit Bob's guest book at www.brownsfh.com
To plant a beautiful memorial tree in memory of Robert Rink, please visit our Tree Store

Look inside to read what others have shared
Family and friends are coming together online to create a special keepsake. Every memory left on the online obituary will be automatically included in this book.
View Tribute Book
Services for Robert Rink
There are no events scheduled. You can still show your support by planting a tree in memory of Robert Rink.
Plant a tree in memory of Robert
Share Your Memory of
Robert
Upload Your Memory View All Memories
Be the first to upload a memory!
Share A Memory
Plant a Tree