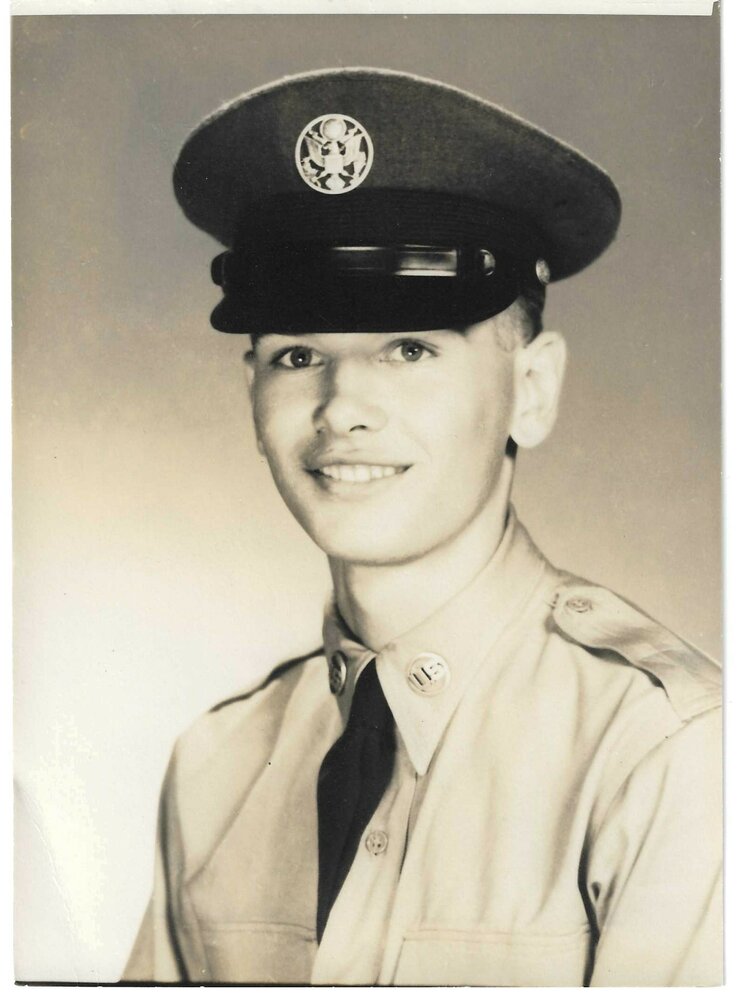 Please share a memory of Robert to include in a keepsake book for family and friends.
View Tribute Book
Robert Lee Berg was born April 11, 1934 in Kelso, Washington. He peacefully passed away April 30, 2022. He was the eldest of four children and grew up in Longview. After high school graduation from R.A. Long High School in 1952, Bob attended Lower Columbia College before joining the US Air Force, serving from 1954 to 1957. After boot camp, he was stationed at Norton Air Force Base in San Bernardino, California. It was during this time that he met Carol Hayden when she and her friend were headed to the roller-skating rink. Though he was shy, he asked her out. Their first date was at the newly opened Disneyland. Because Bob had been assigned overseas, the couple married on December 4, 1955. Bob was assigned to serve in Ankara, Turkey as a radio man on the C-47. After he returned home, Bob and Carol settled in Pomona, California, and welcomed three daughters, Diana, Ruth and Judy. Bob received his teaching degree from Cal Poly Technic University, Pomona, while working nights at General Dynamics. He began his teaching career in the fall of 1963 at Glendora High School. In 1966, the family moved to Camas, Washington, where Bob and Carol would live and raise their family for 55 years. He taught at Camas High School for 30 years, where he was a beloved history, world problems and drivers education teacher. History and sharing what he knew was always his passion. Bob retired in 1996. It was then that Bob and Carol began a life of travel. The couple embarked on many adventures, including several cruises to world destinations and driving trips across the U.S. and Canada. They loved the beach and could be seen often riding their tandem bike on the prom in Seaside, Oregon. They greatly enjoyed the trips and vacations they took with their family. When home, Bob loved watching football, especially his two favorite teams, UW Huskies and the Seahawks. Bob and Carol attended the Camas United Methodist Church and Camas Nazarene Church, where he ushered and taught Sunday school. Though he was a quiet person by nature, he had a winning smile and friendly handshake for all who entered the church doors. Bob was preceded in death by his wife of 65 years, Carol; parents Warren and Mabel Berg, and brother James Berg. He is survived by daughters, Diana (David) Phillips of Prayagraj, India, Ruth (Jess) Blystone of Ventura, CA, and Judy (Doug) Boehning of Camas, WA; sisters, Eileen Costuck and Nancy (Corley) Wooldridge; brothers-in-law, Robert Hayden of Redlands, CA, and Roy Hayden Jr. of San Bernardino, CA; grandsons Ben Coonrod, Joel (Miranda) Coonrod, Brandon (Beth) Hoang and Ryan Hoang; 6 great-children, and 6 step-grandchildren. A memorial service will be held on Saturday, June 4 2022, at 1:00 pm at the Camas Church of the Nazarene. Arrangements have been entrusted to Brown's Funeral Home in Camas, Washington. To send condolences to the family, please visit Bob's guest book at www.brownsfh.com
To send flowers to the family or plant a tree in memory of Robert Berg, please visit Tribute Store
Saturday
4
June

Look inside to read what others have shared
Family and friends are coming together online to create a special keepsake. Every memory left on the online obituary will be automatically included in this book.
View Tribute Book
Share Your Memory of
Robert
Upload Your Memory View All Memories
Be the first to upload a memory!
Share A Memory
Send Flowers
Plant a Tree