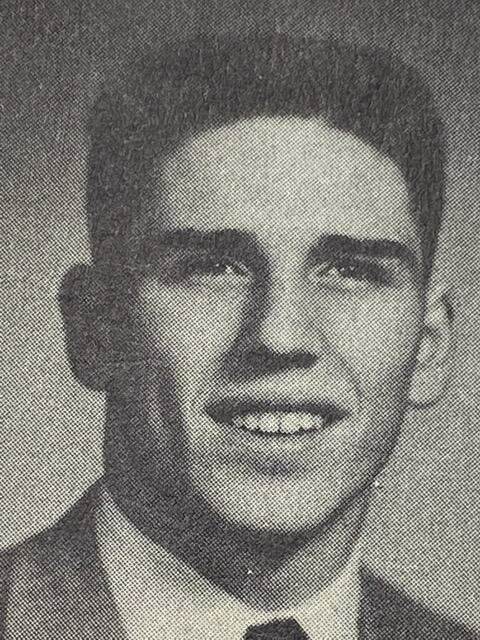 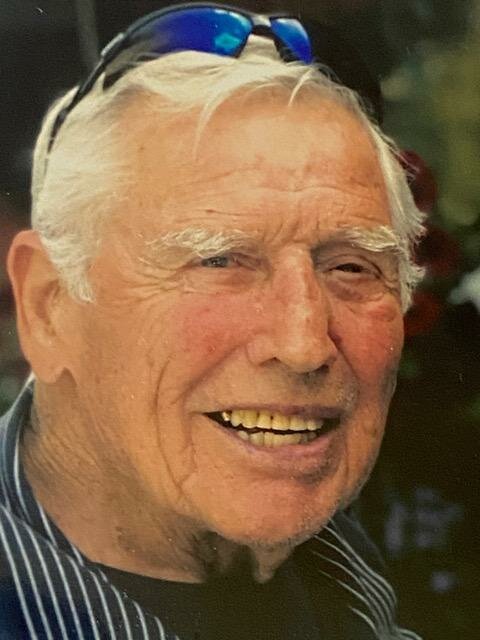 Please share a memory of Jerry to include in a keepsake book for family and friends.
View Tribute Book
Jerry Allen Lanz Born May 12, 1937 in Wolf Point, Montana Died June 14, 2022 in Camas, Washington A Celebration of Life for longtime Camas, Washington resident Jerry Allen Lanz will be held at 1 p.m. Wednesday July 13, 2022, at Brown's Funeral Home in Camas. A reception will follow at Lacamas Lake Lodge in Camas. Jerry died at home on June 14, 2022. He was 85. Born May 12, 1937, in Wolf Point, Montana, to Edward (Cecil) and Veda G. (Frothinger) Lanz, Jerry was the third-born of the five Lanz children. Times were tough for the family in those days, as their house did not have indoor plumbing, which oftentimes required bathing in an outdoor water trough and employing the use of an outhouse. They also lived in a railroad boxcar for some time as Jerry's father worked on the Fort Peck Dam, located on the Missouri River. The family eventually headed west in the early 1940s around the time of World War II looking for employment opportunities, with Cecil Lanz finding work in the ship repair yards at Swan Island in Portland. Jerry attended Parkrose High School in Portland, graduating in 1955. He was a three-sport standout, lettering as a halfback and kicker in football, forward in basketball and a hurdler, long jumper and pole vaulter in track and field. It was at Parkrose High where Jerry first met his future wife, Virginia L. (Sue) Farley who was two years behind him in school, graduating in 1957. They eventually married on June 27, 1963 in Vancouver, WA. He was such an accomplished athlete in high school, where he was recruited by several colleges, before he accepted a track and field scholarship to attend the University of Montana in Missoula. He also set the Oregon state high school record in the pole vault in 1954. After attending two years of college at Montana, Jerry then joined the U.S. Army for about three years, graduating from jump school in 1960 with the 101st Airborne Division and then serving as a company clerk near Heidelberg, Germany before he was honorably discharged from the service. While still in high school, Jerry’s father got him a job working in the ship repair yard at Swan Island in Portland, first working at Albina Engine and Machine Company and then Dillingham Inc. for several years. Jerry then took a job as a boilermaker/welder at Clark-Ullman Welding and Repair in Portland before striking out on his own, founding Lanz Boiler Repair Inc. in Camas in 1980. He and Sue operated the business successfully until 2009 when they retired. He also had several activities and interests outside of work, most specifically water and snow skiing, which he did for several decades. Memorable family trips included water skiing at Shasta Lake in California and snow skiing at Big Mountain Resort in Whitefish, MT. and Breckenridge Ski Resort and Vail, both in Colorado. Jerry almost never went anywhere without several items that he used frequently. Those included sunglasses, soapstone, tape measure, cherry flavored Chapstick, handkerchief and pocketknife. Sue said Jerry was not always known for his fashion sense, but he did wear clothes rather well. Some of his favorite foods were spaghetti, potatoes and gravy, sirloin steak, halibut and baby back ribs. He also enjoyed butter pecan and pralines and cream ice creams, as well as Chardonnay wine and Cognac mixed with Coca-Cola. He also donated time and materials to several projects that benefitted youth organizations and groups, including Camas-Washougal Babe Ruth; Clark College Athletics; Clark County Fairgrounds; Twin City Saddle Club; and the St. Paul Rodeo Association. He and Sue also were well-known in the local community for their long-standing generosity to organizations and causes that were important to them. Some of those include helping purchase a baby grand piano for the Joyce Garver Theater in Camas; thermal imaging cameras for the Camas Fire Department; three police dogs, (Farley, Spencer and Ike) for the Vancouver Police Department; scholastic scholarships for students at Camas High School; and financial support to the Humane Society for Southwest Washington. Additionally, Jerry and Sue were recognized by the Camas-Washougal Chamber of Commerce with the inaugural Businesspersons of the Year award in 1992. Survivors include his wife of nearly 59 years; a sister, Carol Seraw of Portland; sons, Brian (Shelly) and Blaine (Sandi), both of Vancouver, WA.; daughters, Melinda (Brian) Witt of Camp Sherman, OR. and Rana Newman of Camas; nine grandchildren; and four great-grandchildren He was preceded in death by his parents; a brother, Delbert and sisters, Phyllis and Yvonne. Arrangements by Brown’s Funeral Home in Camas. To send condolences to the family, plese visit Jerry's guest book at www.brownsfh.com
To send flowers to the family or plant a tree in memory of Jerry Lanz, please visit Tribute Store
Wednesday
13
July

Look inside to read what others have shared
Family and friends are coming together online to create a special keepsake. Every memory left on the online obituary will be automatically included in this book.
View Tribute Book
Share Your Memory of
Jerry
Upload Your Memory View All Memories
Be the first to upload a memory!
Share A Memory
Send Flowers
Plant a Tree