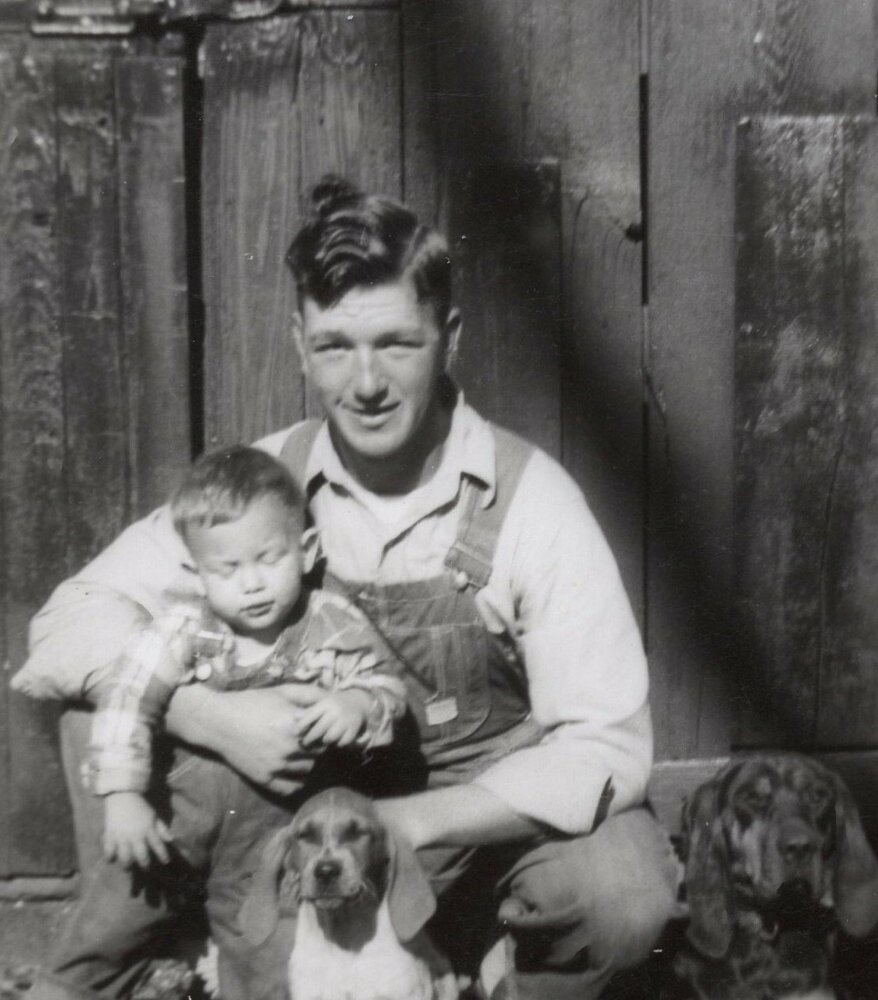 Please share a memory of Robert to include in a keepsake book for family and friends.
View Tribute Book
Ray was born to his parents, Steve and Nellie Parsons, on December 7, 1929, in Fredonia, Kansas. He married Wanda Erickson in 1950, and they celebrated 70 years of marriage before her death in 2020. Ray and Wanda moved to Portland, Oregon, in 1964, where he was employed as a heavy equipment operator by Ash Grove Cement. They purchased a home in Washougal in 1968, and he made the commute to Portland until his retirement in 1995. An avid hunter, Ray kept hunting hounds most of his life, and also enjoyed fishing and gardening. Most of all, he enjoyed spending time with his wife, Wanda, whether it was shopping, going out for a meal, or vacation trips. After Wanda retired in 1997, they moved to Lyle, Washington, where they went looking for 5 acres and ended up with 66! Ray had his work cut out for him, fencing the property, having a house put up, building a shop/barn, and starting another garden from bare ground. He spent time riding his horse and mule around the property and continued to keep hounds for hunting. His garden was always productive, with many photos of huge vegetables shared with family. Ray and Wanda decided to move back to “civilization” in 2010 and bought a house in Camas, where they lived until moving to the Quarry Senior Living in Vancouver in 2019. Ray’s 90th birthday in 2019 was celebrated with a surprise party attended by nearly all of their local children and grandchildren - about 50 attendees. Ray and Wanda celebrated 70 years of marriage in March 2020 and were inseparable until her death in late 2020. Ray is survived by sons, Steve (Julie) Parsons of Stevensville, Montana, Jim (Roxie) Parsons of Washougal, Washington; daughters, Janet (Barry) Collins of Washougal, Washington, Jo (Jim) Hoffman of Washougal, Washington, Jill (Michael Taylor) Chilton of Washougal, Washington; and numerous grandchildren and great-grandchildren. Ray was preceded in death by his wife, Wanda Parsons, five brothers (Rex Parsons, Dave Parsons, Earl Parsons, Harry Parsons, and Jim Parsons), and two sisters (Velma Collins and Lillie Fern Ivie). Ray will be buried next to Wanda at the Washougal Cemetery. Per the family no service will be scheduled. Arrangements have been entrusted to Brown's Funeral Home in Camas, Washington.
To plant a beautiful memorial tree in memory of Robert Parsons, please visit our Tree Store

Look inside to read what others have shared
Family and friends are coming together online to create a special keepsake. Every memory left on the online obituary will be automatically included in this book.
View Tribute Book
Services for Robert Parsons
There are no events scheduled. You can still show your support by planting a tree in memory of Robert Parsons.
Plant a tree in memory of Robert
Share Your Memory of
Robert
Upload Your Memory View All Memories
Be the first to upload a memory!
Share A Memory
Plant a Tree